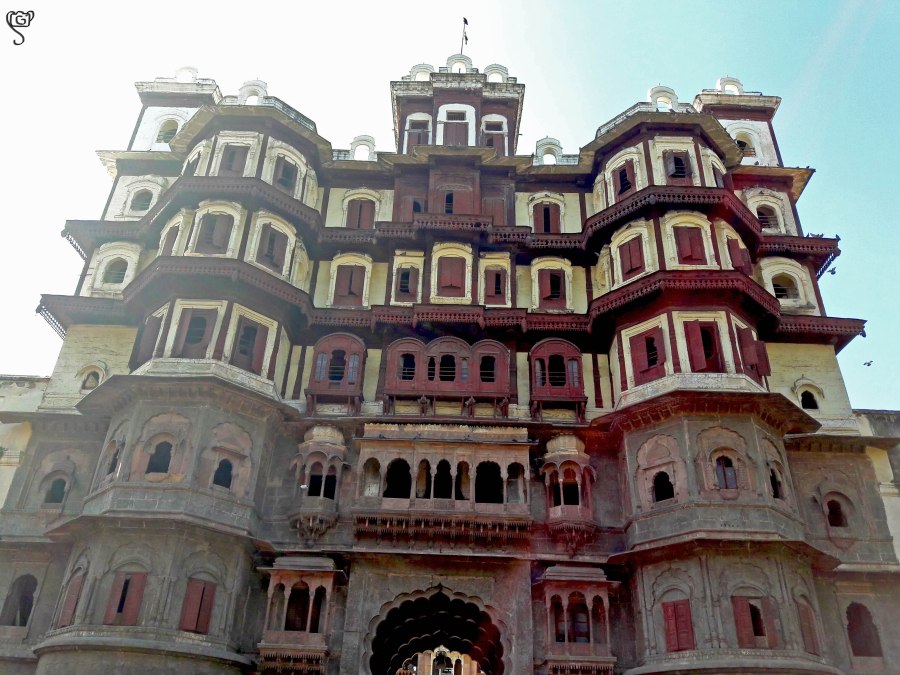 They say ‘MP gazab hai’ (Madhya Pradesh is a wonder). All time favourite MP tourism ad, adds an extra bit of ‘gazab’ to the already ‘gazab’ (wondrous) state. And finally, I made it to this gazab state by visiting Indore. A lot of ‘gazab’… right? Okay, I better go straight into my story. So now, I will get back to Indore, the commercial capital of Madhya Pradesh.

I enquired about Indore from a friend native to the place. Almost about everything, including the food and items famous for carrying back home. She gladly informed about the hospitable people of her hometown, it’s tasty food and the beautiful places. She had special recommendations for Jalebis and Sabudana Khichdi and a must visit Chhappan. A place with chhappan (fifty-six) eating joints.

With such endorsement in the back of my mind, I set forth to Indore and my first visit to the gazab state. The first sight of this proposed smart city is like any other Indian commercial cities. Broad busy roads lined by commercial buildings along with numerous multi speciality clinics, medical stores and hospitals.

We did is start our day with an Indori breakfast and then head out for the places of interest within the city limits. The simple yet delicious breakfast comprising of poha, sabudana khichdi and jalebis did keep its fame. 🙂 The food had a distinct taste and flavour which was different from the regular ones we have in Maharashtra. This is how every region renders their own special touch to the same ingredients.

The ‘chacha’ of our Ola cab was very cordial. He spoke to us throughout the journey. He informed us about the interesting places here, he even guided us the proper sequence to visit them. He even showed us the road to visit them too. He enquired about our hometown, spoke of his home and family. Engaged in this friendly chit chat we did not realise when we reached our destination.

The Lal Baag Palace was our first destination. This striking building was built by Maharaja Shivaji Rao Holkar. The architecture, design and decoration of the palace reflect westernised style and pattern. Most of the furniture and the ornamentation belongs to the Regency and early Georgian period. It also exhibits contemporary Indian and Italian art and sculpture. The building depicts a stylish perspective and an inclination towards westernised designs. The main attractions of the palace are the accurately proportioned and furnished rooms, with beautiful carvings on the walls as well as the ceilings.

No photography is allowed inside the palace. The mobile phones have to be deposited in exchange for respective tokens before entering. Sometimes I feel that the most amusing part of any trip is watching the activities of your fellow travellers. And in this case a family about to enter the palace. With due respect to their genuine reason behind their behaviour, I would like to share the incident.

The security personnel asked to deposit their cell phones, they declined. The guard said that they take the total responsibility of the phones and keep them safe, within the safe against respective tokens. The family was not satisfied and guaranteed not to click any picture but carry the phones. This led to a verbal squabble which went on further to their individual reach in higher authority in the government. To finally end with the family quitting the quarrel and return from the palace.

As guided by chacha, Rajwada was the next destination. This is favourite among the tourist as well as the locals. On enquiring about the places to see in Indore from the locals, they always speak of the Rajwada being the only attraction within the city. The architecture of this seven storied building is a blend of Maratha, Mughal and French style. The palace has a history of three fire incidents which caused severe damage. But later was repaired and rebuilt to restore its original design.

The Rajwada Palace is located in the heart of the wholesale market. The adjoining cotton and garments market is a pretty busy place. Walking through such crowded streets we reached the Chhatri. Initially, we thought it to be some temple but later realised it to be the chattris. Chattris are beautiful architectural structures which are cenotaphs built on the cremation spot of the Holkar rulers.

The St. Ann’s church, also called the white church, not too far from here, is a Protestant Church not much popular among the tourist. We were there at the wrong time and the Church was closed. Some dust covered broken benches laid empty in front of the church’s closed door. To save our effort we made it our own place to rest in the cool shades within the green surrounding of the church, after lunch.

What else in Indore that can be explored? Now we thought of walking down the road. Suddenly a beautiful old white building caught my attention. It was a church in the past and defunct now. Some offices function within its premises. After all these Indore trotting we dedicated our early evening in devotion. No better place than the famous Khajrana Ganesh Temple.

Oh! The day-long activity and the scorching heat. I was hungry as a bear. Though I soon realised it was not for the physical exhaustion but for the thought of Chhappan poking me. Now straight to the eat street. I plunged into the various delicacies hopping from one stall to the other. Thus satisfying my taste buds with the salty, sweet and savoury taste of the heavenly foods. Let me indulge in the recollection of my foodie moments now. I shall get back soon on my next post.

Indore at a glance, with travel information.

Indore at a glance, with travel information.