Neelakurinji – The Flower of Once in a Blue Moon Fame.

Neelakurinji, the flower of the year and the flower of the season is the talk of the town now, as it has already painted the Nilgiri hills in blue. After the grand show for a couple of months, it is supposed to vanish in the air to be back again after a long wait of twelve years. So this is the flower which blooms once in a blue moon.

Neelakurinji (Strobilanthes kunthianus) the bushy shrub that is endemic to the Shola forest of the Western Ghats is known to bloom every twelve years and this year is the lucky year. After the long period of twelve years, it is known to flower again. Yes, I was there twelve years back too. Who knows if I can see them again after twelve years.

It is said that some tribal people used to calculate their age taking the Neelakurinji flowering as the reference. So if I get to see the Neelakurinji after twelve years I will surely be twenty-four plus. 🙂

I came to know about this flower from my teacher (Ms Tapati Sen) who used to be, and even today is an enthusiastic traveller. She knew about the travel bug in me so she always used to share her interesting travel stories with me. Her interesting narration lured me to those places and set me off to the world of fantasies.

Thus, I came to know about Neelakurinji the flower that paints the hill blue giving it the name of Nilgiri (meaning blue hill). It was in the year 2006 and I knew that it was the flowering season so with no further delay reached Munnar. With not much information, our journey from Kochi to Munnar was a thrilling adventure with the missed bus resulting in multiple break journey through the rural areas facing language problem to finally reach Munnar late at night. 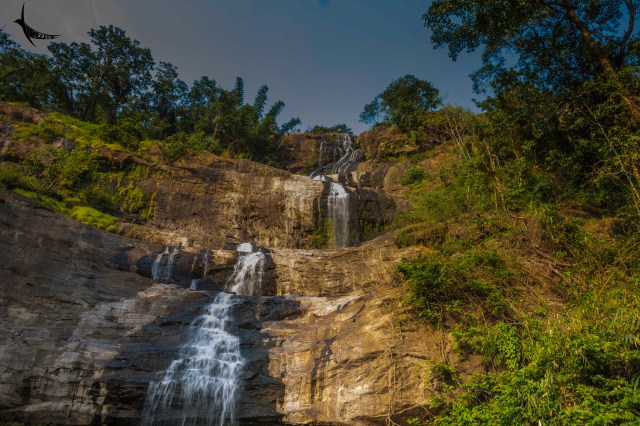 The place to see the Kurinjis were in the Rajamalai Hills also known as the Rajamalai or the Eravikulam National Park. We reached the park gated purchased the ticket and boarded the Park bus that took us to the point from where we had to walk around within the Neelakurinji and the Nilgiri Tahrs. I still remember the day as I was so excited and fascinated by this wondrous natural phenomena. 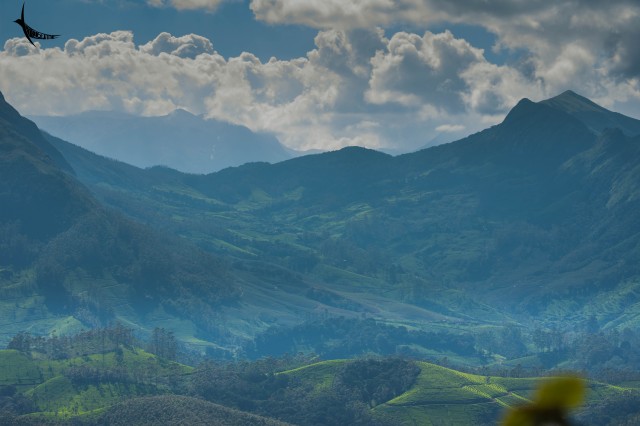 It was a misty day and dense fog covered the hilltops, low clouds were floating close giving a wet touch to the visitors. I accompanied by my parents and geared with our family camera, the Kodak film camera, we walked the ascending path along with a few other visitors in search of the Neelakurinji. We finally saw the bushes with the purplish blue bloom – the rare Neelakurinji. It was blue all around and the Nilgiri name was justified. The clouds veiled the view at some area revealing the other so we were deprived of the panoramic view.

The captured moments in the form of lovely prints adorn my album till today. But staying away from my native place I do not have access to those prints to make a side by side comparison. It was an enthralling experience to be remembered forever. That time it was not much known to all and I felt privileged to have the information and to see the flowers myself. More than a decade later, we are more informed through every form of media. This time my trip was much easier with all the available information and constant advice from friends who are located in the state. They kept me updated on the flood situation, road condition and the flowering of the Kurinji. Thanks to the friends, an old and a new (who is associated with Munnar Travel Planner) to make the present trip so smooth and pleasant.

The flood situation a few days back in Kerala with the worst affected Munnar did place a question mark on my trip. With much advertisement and information on the social media, a huge tourist influx was expected in Kerala during this Neelakurinji season. But the flood changed the scenario. Even I postponed my trip for a month to be finally in the land of the Kurinji.

Just before my visit to Munnar, I could see friends posting pictures of Neelakurinji from Ooty and Kodaikanal. I was not aware of these flowering sites and was badly waiting to post my photos of Munnar. Then again a few astonishing pictures from Jibin who is associated with a tour agency and the facebook page ‘Explore Kerala with Jibin’ made me awestruck. He trekked to some offbeat part of the Nilgiri to capture some extraordinary pictures. 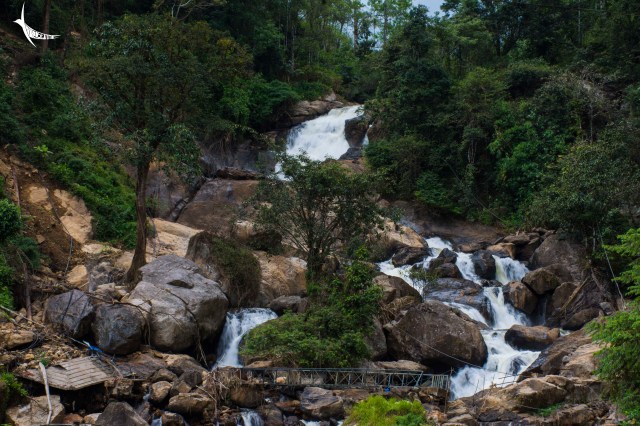 I could not travel with him due to lack of time and took the plain old route to Eravikulam National Park in quest of the Neelakurinji. Lince Manuel, a helpful and friendly guy who is linked with ‘Explore Munnar with us’ accompanied us on our trip. He drove to the park gates and from there we entered the park on the bus just like we did before.

This time there was the facility for online ticket reservation for the visitors through this site. I had already reserved the tickets for the first slot with the timing of 7 am and our reporting time was half an hour before. The dawn hours were very pleasing with the clouds floating above the hills giving them a surreal look. The morning wind was biting cold but with the passage of time the sun was getting warmer and its heat scorching.

The experience was so different from that of my previous visit. Last time it was full of mist and full of big shrubs with large Neelakurinji and this time it was bright and sunny with scattered small flowers on smaller shrubs. I tried to compare this scene with the one previously seen and also with the pictures posted by Jibin (of whom I mentioned before) on his social media page and was disturbed. I could not match the flowering, the flowers now were mostly tiny and pale.

As we ascended through these scattered blooms the security guard pointed towards the cliff where a few Nilgiri Tahr was grazing on a barren patch of the slope. Nilgiri Tahr is a Nilgiri Ibex endemic to the Nilgiri Hills and the southern parts of Western Ghats. These are a type of goat with curved horns, short and coarse fur and a bristly mane.

The Nilgiri Tahr was once abundant in these region grazing on the grasslands near the dense forest areas but incessant hunting, poaching and habitat loss have brought down their number to push them in the endangered category now. Eravikulam National Park is known to have the maximum number of Nilgiri Tahr. Various conservation work with the help of WWF, forestry department and other local organisations and colleges in recent past has been partly successful in preserving this species and bringing up their numbers.

The floods have taken its toll on Munnar. We have seen many landslide zones and a broken bridge on the way to the park. A bypass has been created to facilitate the vehicle movement near the bridge area. The heavy rains have also delayed the blooming of the Neelakurinji and when it is fully bloomed, the scorching heat it playing its part in drying them up. The flowers and the plants are withering fast.

This climatic effect is alarming. The areas which were under water has dried up and even water bodies do not hold as much water as it was supposed to. The water retention capacity of the soil has also depleted and thus Plietesials (plants that bloom in long intervals), the rare Kurinjis are drying us fast.

These rare Plietesials are known for mast seeding (also called masting) where the plants bloom after long intervals and produce seeds in a synchronised manner and thereafter the plants die. This phenomenon is seen in monocarpic plants like Neelakurinji that seeds once in a lifetime. The seed then sprouts and gradually grow to bloom again and spread the seeds and die and continue its life cycle in the manner.

This time the period of their show was shortened. I was bemused to see the Neelakurinji of the Eravikulam National Park. It was not like the one I have seen before. I tried to figure out the possible reason but could not manage to find any. The plants have shortened and even the flowers have grown smaller. The shrubs have not covered the hills they are much scattered this time.

Humans messed with nature and now nature is paying back in the worst possible way. It is changing the climate in a way which may not be reversible. It is sad that even after such catastrophic climatic events in various parts of the world, we humans carry on with their destructive rampage. It is not too far when nature’s fury will be unstoppable and it will destroy our home called the Earth.