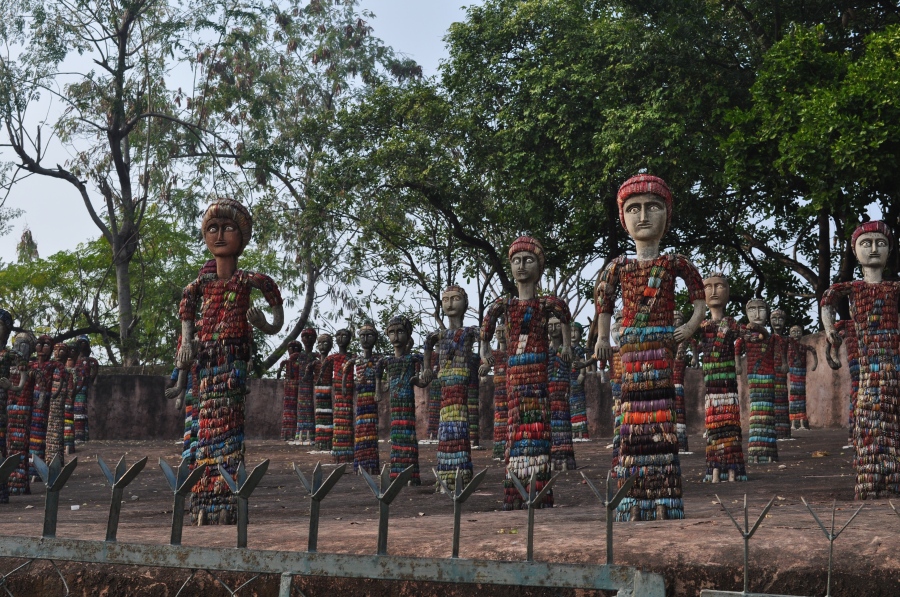 The first picture that comes to mind with the name of Chandigarh is that of a ‘planned city’. And why not? It is the first planned city of India, post Independence. It is known for its uber urban design and architecture. It is sandwiched between the states of Punjab and Haryana. Being a Union Territory, it serves as the capital city for both the states. With all its uniqueness it has a different identity and is a place worth visiting.

I have been to Chandigarh twice but every time it was for an extra day that came along from the time saved in the trip to the surrounding hill stations. In both instances, the same places visited with equal enthusiasm. Even though I thought of exploring a few more the second time but I was so engrossed in rediscovering the previously seen places that I could not make out time for the rest. So I decided to write this post with the major places of attractions in the city that can be covered in a day, just the way I did it.

So let’s start exploring Chandigarh with the innovative and beautiful Rock Gardens by Nek Chand Saini. Rock Garden is a sculpture garden spread over an area of 12 acres beside a gorge that was the buffer zone of the nearby forest and no-construction site. The garden was completely designed with home and industrial waste. This is one of a kind garden in India that has been completely conceptualised and sculpted by a single man.

Nek Chand Saini was born in Shakargarh region of Pakistan in the year 1924. After the partition, his family moved to Chandigarh which was then reshaping into the modern planned city of present-day Chandigarh. He worked as a road inspector in the Public Works Department and in his free time he used to collect scraps from around the city. He chose this gorge by the forest to build his ‘divine kingdom of Sukhrani’, secretly working there for eighteen years giving life to the scraps through his sculpture.

Here he created a world of his dreams. Being uprooted from the ‘Gallis’ and ‘Mahoullas’ of Pakistan and shoved in a modern world he tried to find his own place of peace here. He designed the place with interlinked courtyards and connected manmade waterfalls, the curved lining around the gorge, arched gateways, low entrances, narrow paths and within these pretty sculpture made of broken pieces of glass, bottle, bangles, ceramics, pots, sinks and every possible item of scrap.

This simple man might have been looking for the lost world of his childhood in his divine kingdom of Sukhrani. His secret world was discovered by the authority in the year 1975 when it was 2 acres of maze-like courtyards filled with sculptures of men, women and animals made of recycled wastes like broken pieces of pottery, bangles, clay items, mosaic, iron scraps, tyres and many other wastes. His imaginary kingdom full of his creations was illegal and was in great danger of demolition.

His extraordinary creation gained huge public support and ultimately it went in his favour and against the demolition orders of the administration. The park was inaugurated as a public space in the year 1976 and Nek Chand was given as salary and the title of “Sub-Divisional Engineer, Rock Garden”. More wings were added to it later. The Rock Garden survived and flourished to a 12-acre kingdom of fantasy. Today Rock Garden generates huge revenue and accounts to a large amount of footfall per day.

Nek Chand gained worldwide recognition, his admirers created Nek Chand Foundation, he was awarded Grand Medalle de Vermeil in Paris in 1980 and Padma Sree in the year 1984. A postal stamp was released to celebrate the Rock Gardens. His sculptures and statues have found its way to various museums and exhibitions across the world. The city remains indebted to him for his unique, innovative creation out of the wastes created by others. 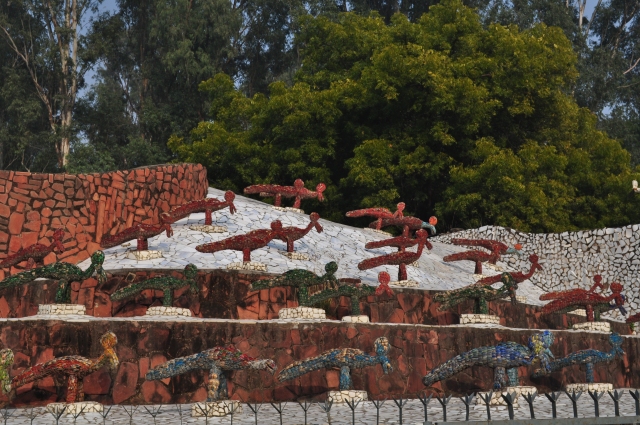 I have been highly inspired by the thought of this man and his aesthetic creations, his story itself is more of a fairy tale, so even in my one day visit to Chandigarh, overcoming my aversion of the crowd I go to the Rock Gardens and spend a good amount of time getting lost in the awe-inspiring creation of a single man in solitude.

Very close to the Rock Gardens, on the eastern side is the famous Sukhna Lake. It is an artificial rain-fed lake created by damming the Sukhna stream flowing from the Shivalik range. Later the flow of the stream was diverted to prevent the siltation of the lake. The promenade around the lake offers an ideal spot for walking and jogging in the morning. Recreational boating activities are also available for visitors.

On my second visit, I spent a little more time in the Rock Gardens and had to skip the Sukhna Lake. My next stop was again a favourite and pretty destination, the Rose Garden or the Zakir Hussain Rose Garden. It was named after India’s former president Zakir Hussain.

It was created in the year 1967. The garden is laid on a vast area of 30 acres of land. It is specialised as a rose garden and has 1600 species comprising of 50000 rose bushes. Apart from the rose it also has various other medicinal trees and plants including the yellow Gulmohar which paints the garden bright in its yellow hue during the flowering season. The then administrator of Chandigarh, the first commissioner, Dr Mohinder Singh Randhwa is the founder of this beautiful garden.

Winter to springtime is the flowering season of the rose bushes and a walk through this vast garden gives you the opportunity to look through a huge shade card of colour palette brought to you by the pretty blooms. 🙂 It is like a moment of awe when you hop around and get amazed by even better colours and finally, you cant decide the best and fall in love with all. This beautiful garden also serves as the venue for various events and photoshoot.

The Capitol Complex is a vast area designated as Government area with administrative buildings, monuments and lakes. It was designed by Charles-Édouard Jeanneret, known as Le Corbusier, the Swiss-French architect who designed the city of Chandigarh. The complex has been added to the list of UNESCO World Heritage Sites in the year 2016. The famous Hand Monument, Geometric Hill and Tower of Shadows are within this Capitol Complex. 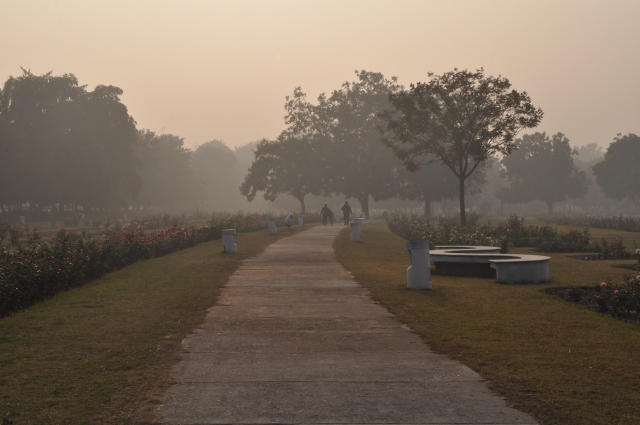 I have been to the city designed by Le Corbusier but could not visit this unique complex created by the architect. Yet I saw the wondrous work of another great self-taught artist who single-handedly created his imaginary beautiful ‘Kingdom of Sukhrani’ from the wastes discarded by the people of the city. I admire this man’s power of imagination and creativity that carved out his own niche within this urban sophistication of the planned city and giving Chandigarh a soul and identity. 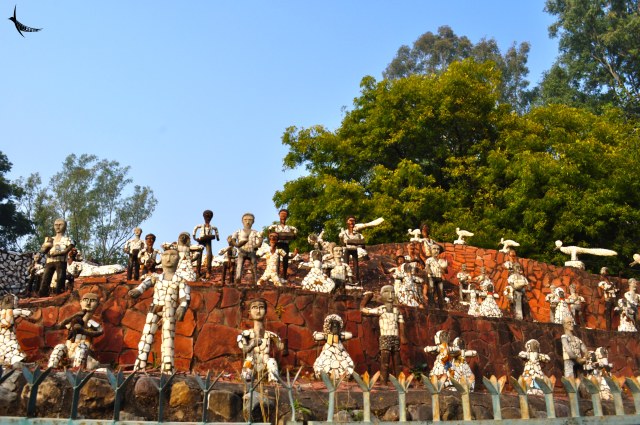 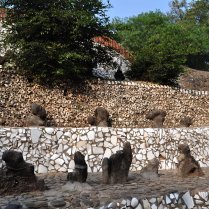 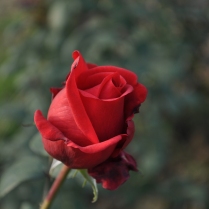 Chandigarh at a glance, with travel information.

6 thoughts on “A Day in Chandigarh”

Happy Saraswati Puja
May this spirit of innocent love, respect and faith for the nation and its flag last forever and with time, transform and mature into true patriotism. Wishing all Indians a very happy Republic Day!
My first attempt at capturing the Milkyway. Read my story here: https://footloosein.me/2023/01/25/dubare-elephant-camp/
At Bati Chokha, Varanasi
Blue Lassi Shop in Varanasi, is famous in the city for its Lassi (as the name says.) The delighted customers write and stick their testimonials along with their pictures on the wall.
The casual morning of a Ghat in Banaras.
Loading Comments...
%d bloggers like this: