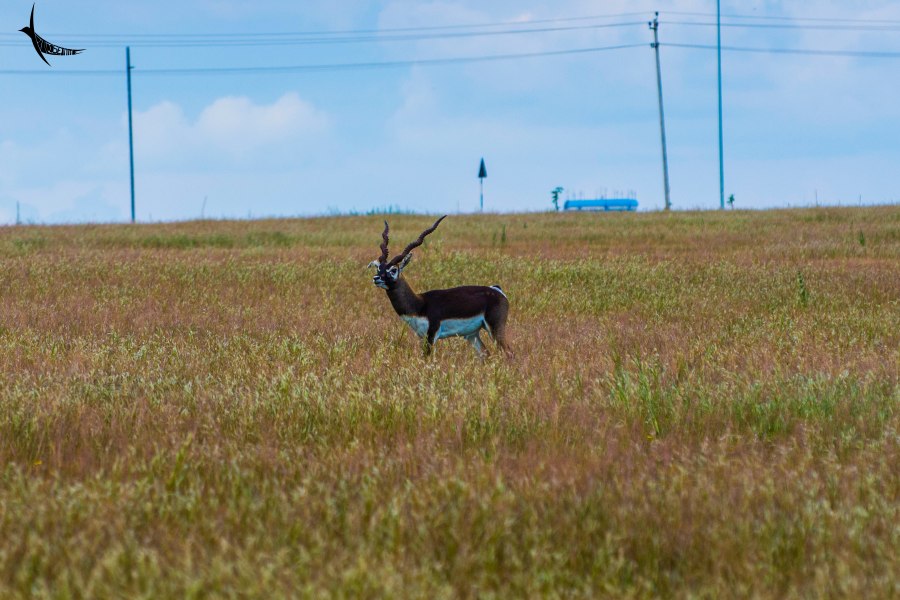 This Diwali I planned a different kind of escape from the loud crackers. I booked an appointment with the blackbucks of Bidar, the city in the north-eastern part of Karnataka. It creates disbelief when you hear about free-roaming wildlife within the city area. Probably this is their chosen ground close to their home in the forest where they happily and safely gallop and graze, while humans like us admire their beauty from a close range. 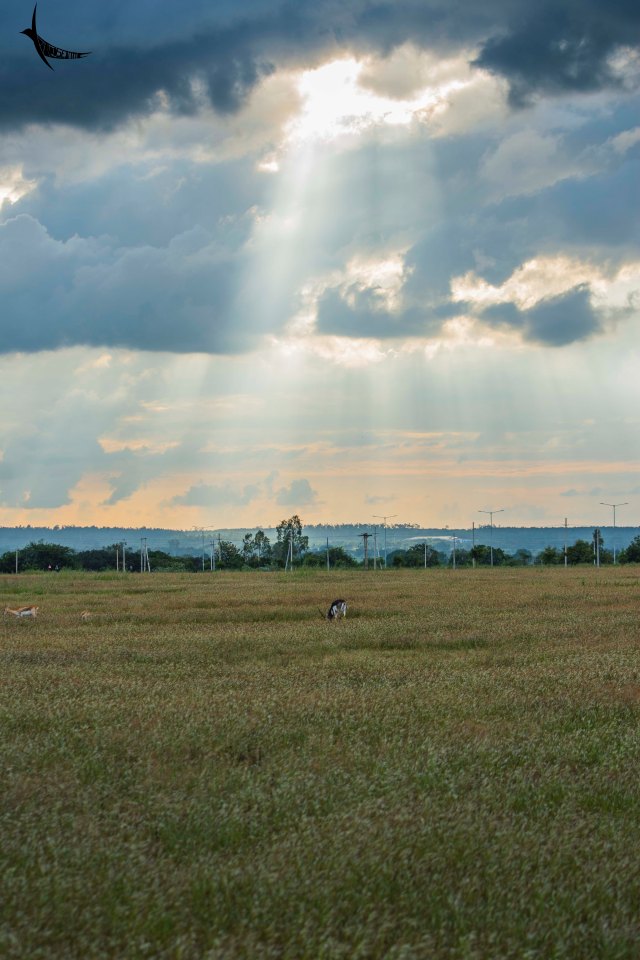 What can be a better place than a forest to escape from the maddening sounds and pollution of crackers which has been increasing with the passing of years. Again I chose the Jungle Lodge and Resort of Karnataka and this time it was the Blackbuck Resort of JLR in the north-eastern part of the state at a distance of some 18 km from the city of Bidar. (Read about my previous Diwali escape to Gokarna.)

I have been to many other properties of JLR and is actually impressed by their way of operation so I selected this to be my Diwali respite. This is not any sort of review just a small introduction to my story of meeting these elegant antelopes. The property is seated beside the Vilaspur Lake near the Honnikeri Reserve Forest.

As all other JLR have a fixed itinerary for their guests, this too had their own which included Blackbuck sighting, bird watching and nature walk along with stargazing and city sightseeing. To me, the most exciting and important part was going on the Blackbuck trail and for Bird watching.

Blackbucks (Antilope cervicapra) are the sole members of the genus Antilopes and are also known as Indian Antelope. Now the name suggests its very Indian association. It can be easily called a native species, widespread in India and some in the neighbouring countries of Nepal and Pakistan.

Males are bigger and heavier than the females, with large ringed horns while some females do grow horns but are much smaller. The male and females also differ in the colouration. Adult males have two colours – dark brown to black on the upperparts and white on the underparts while the females, juveniles and the fawns are in lighter shades of the tan colour. 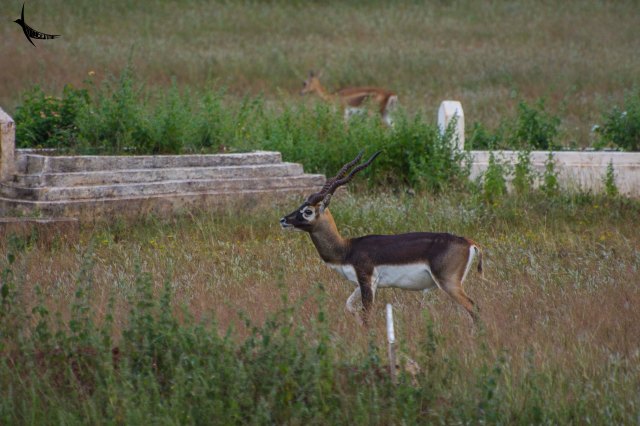 Grasses form their main food and so they prefer to stay near grasslands and lightly forested areas near the water bodies. In Bidar, they preferred the grassland close to the Airforce base as their grazing ground and they live and roam here safely and happily within the vicinity of the humans.

Initially, I was sceptical for the sighting of the Blackbucks but the members of Blackbuck Resort were so confident that I gained back the faith. They did mention that the fox may remain elusive as it is very rare to find and you need to be actually lucky to spot one. 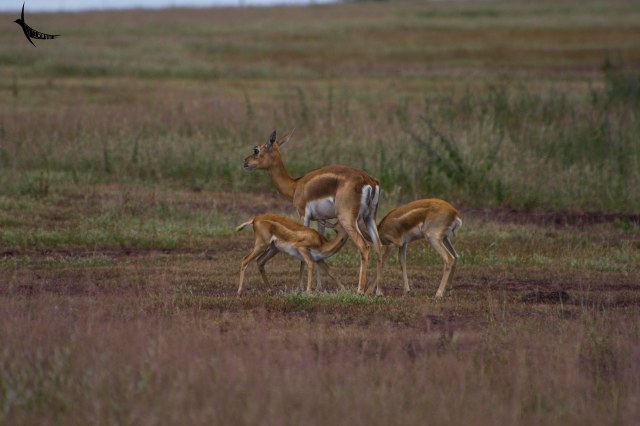 The Blackbuck Resort within the forested part of the area seemed to be a relief after a long drive through the bad roads from Solapur. The road conditions were bad and the continuous rain for a few days turned the potholes into massive pools with frequent muddy patches and uneven road. The first signpost showing the directing of JLR on a plateau-like region near the forest seemed like the finishing line after a long tough race.

So was the very sight of the cam property nestled within the forest. Individual cottages are built on a long stretch of land within thick cover of trees. It can be easily called a mini jungle and beside it was the long stretch of low land which is supposed to be the Vilaspur Lake, now completely dried up and filled with vegetation. Thanks to the climatic changes, when almost every part of India is flooding this year, this part is drying.

Bidar and surrounding areas generally get a low amount of annual rainfall every year and this year it was even lower contributing to the drying up of the lake since January this year. The abundance of underground water is a boon to the residents. It is the source of all usable water here – for domestic use, for cattle rearing, for cultivation and all other needs. I fear about the sustainability of this abundance that they are enjoying today.

The surrounding villages seemed to be dependant on cultivation. Pigeon peas, ginger, soybean and marigold are the major crops grown here. Even with such dry monsoon this year, the farms full of crops were a sight of great satisfaction. It was the harvesting time for marigold and workers were seen picking up the flowers in the golden rays of the sun.

As per the fixed itinerary, we were taken to the Blackbuck trail in the afternoon. It was a pleasant drive through the forest, farm, village, town and then to the air force base. There is a large grassland beside the air force base on the outskirts of Bidar city and this is the favourite pasture for the group of Blackbucks residing in the nearby forest. 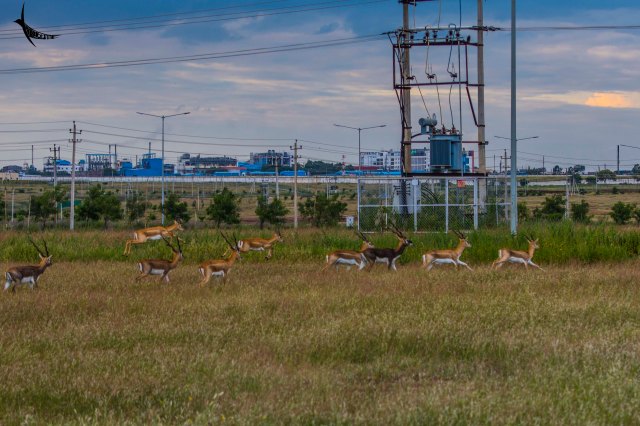 Then there were the Blackbucks in their individual groups comprising of a few males and mostly females. They were happily grazing indifferent to the human presence not too far from them. On approaching closer they did bother to run and gallop to increase the physical distance from the humans but never vanished out of sight. 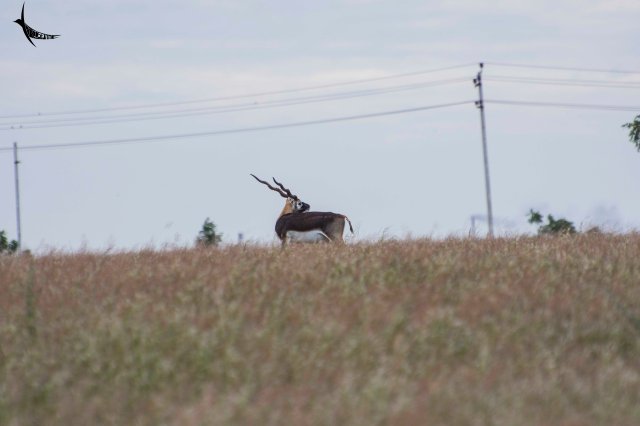 It was a windy day and the clouds gave a good character to the sky. With the sunset time approaching closer it was the play of lights that stole all the attention. While the Blackbucks were diligently at its work cutting down the soft tips of the grass blades and munching on the flowers. The only predator they need to bother a little was the Indian fox. 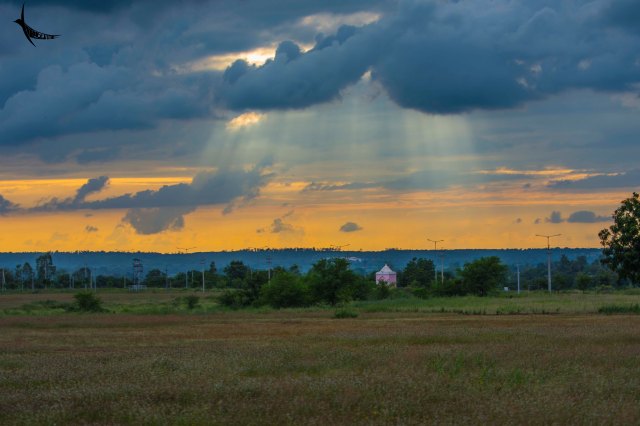 But where is the Fox? It remained elusive as it does most of the time so we were done with the Blackbuck show and the sun was indicating that it was time to return. We returned back to our forest stay within the stridulating calls of the crickets. Large numbers of insects were seen gathered around any light available. Night has transformed this property to a different place. Strange shadows were cast by the trees and bushes from the little light available on the path and immense darkness with the sound of the forest was creating a surreal atmosphere – interesting, eerie and adventurous too.

Birdwatching and nature walk experience on the consecutive days were equally enjoyable though it did not fetch much of bird sighting. There were calls of the Nightjar on the first night but it remained obscure even after a search operation in the darkest of the night. It was again a different experience to walk in the jungle in this pitch dark Diwali night.

It was a different place and we had a different experience – unique in its own way, beautiful in its simplicity and enjoyable with the varied activities. I came here to escape the crackers and to meet the Blackbucks. I did suffice my purpose and along with it, I got to see a new place and its charming natural beauty with its lovely inhabitants.

Bidar at a glance, with travel information.

6 thoughts on “Blackbucks of Bidar”