Bath is a city in Somerset county of England. The tourism website of the city of Bath says “Fall in love with Bath.” I thought what is so special about Bath to fall in love with. It is the largest city in a beautiful Somerset county famous as a spa town. To me, a city is a city after all and that too a popular tourist destination making it more and more crowded and I tend to dislike crowded places. With such conceptions, I halfheartedly went to visit Bath and Bath changed my perception.

Bath is called Bath after the Bath that is the primary attraction here since ages. It is all about a Natural Spring that used to be the centre of worship since the prehistoric age. The Celtic regarded the Springwater as the Goddess Sulis. Later, the Romans worshipped it as Minerva. The Britons and Romans held high regard for this place and built a shrine dedicated to Sulis and Minerva and the town came to be known as Aquae Sulis.

Much later after the construction of the shrine, the bathing complex was built. In gradual stages of construction along the centuries, the building material changed from oak wood to stone to concrete (what stands today, with addition to the physical area of the structure.) The 2nd century was the flourishing time of the Bath. This is when the bathing complex was enclosed within the wooden barrel-vaulted building containing the caldarium (hot bath), tepidarium (lukewarm bath), and frigidarium (cold bath). 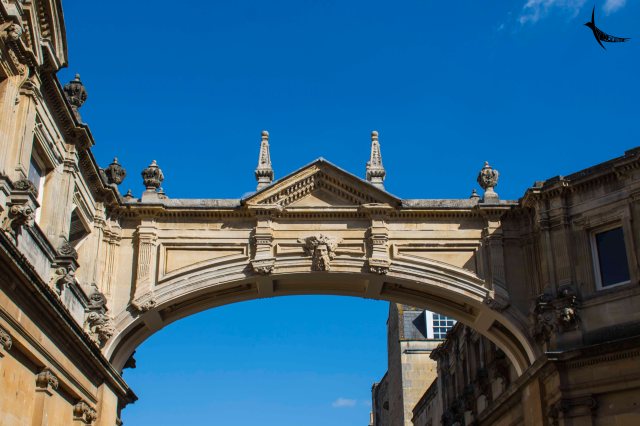 The town began to prosper around the bath and came to be known as Bath. This is a small piece of the known history of Bath. The other interesting part was the legend that was associated with this place. It is said that Prince Balud, father of King Lear caught leprosy and was banished from the kingdom and forced to look after sick pigs. It is said that the pigs too were suffering from skin disease.

The Prince noticed that after the pigs wallowed in the mud of this region they got cured. The prince followed the pigs and was healed. He was then accepted back and was crowned as the King. He is said to have founded the city of Bath in 836 BC. Even though the legend and the history vary but the medicinal value and the health-giving qualities of the Spring were accepted by all. With the decline of the Roman civilization in the 4th century, the glory of Bath too fell into despair. 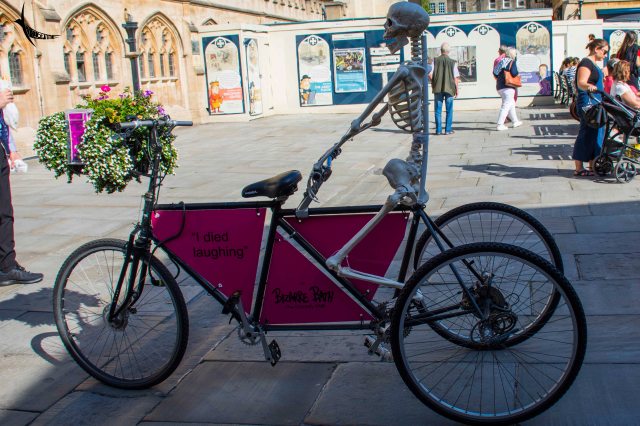 Much later in the 7th century, the Bath Abbey was constructed. Gradually with time, many other beautiful baroque buildings were built around, squares and streets were laid and Bath regained its lost glory as a spa town. In due course of time museums, universities and other important buildings were built in the city. The city was declared as a World Heritage site in the year 1987.

The city is an immensely popular tourist destination today and a happening place with a lot of cultural activities, photographic and education tours, buzzing cafes, people in attractive costumes and decorative pieces to lure the tourists.

Bath is beautifully situated in the River Avon Valley within the range of limestone hills, enclosed by the Green belt. The green belt is a policy of British town planning which aims at controlling the urbanisation. This is a wonderful concept of controlled urban development maintaining the harmony of growth and Nature. This is a concept where a ring of the countryside will surround an urban area where no further expansion of the area is permitted for an indefinite period of time.

This Avon green belt around the city of Bath undeniably adds to the charm to the scene. The lush green undulating countryside dotted by tiny farms was a feast for the eyes. The approach to Bath got me hooked and later the city centre kept me engrossed throughout.

The city that was founded by the Romans in the 1st century may be different today but the Beige coloured Palladian buildings on either side of the alley housing some museums, famous-to-not so famous bakeries, fudge and chocolate shop, souvenir shop to restaurants all around the Roman Bath and the Bath Abbey give a feel of yesteryears. The modern city holds back its quintessential aura of bygone ages through its architecture. 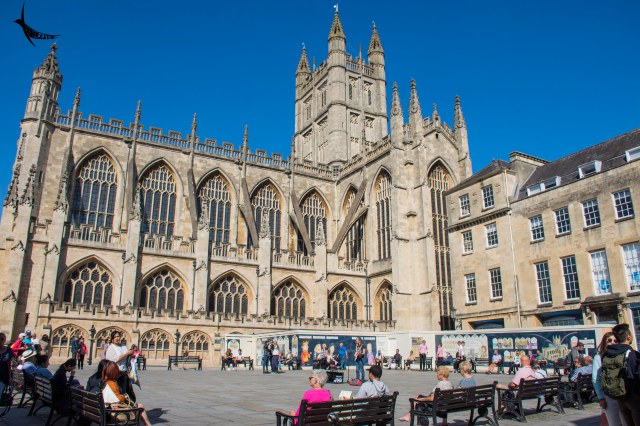 Bath seems to satisfy the basic human senses of sight, hearing, smell, taste and touch. Let me explain it in details. The beautiful city and the countryside justify my statement on the sense of sight. The squares and the open areas beside the Bath and the Abbey are an ideal place for performers. Singers and musicians were seen performing in such open stages in front of hundreds of tourists.

Some of them were solo performers and some were members of some Gypsy band performing alone. The lovely musical performance of a folk violinist caught my attention and I got glued to the place listening to his country tunes. He promoted himself not only through his music but his collection box with his name and his band’s social media handle. This is how my sense of hearing was pleased.

There were performers who dressed and got themselves painted and acted still to resemble a statue. A sudden glance and even a detailed inspection may trick you to believe it to a statue. A mild touch might reveal the originality. I kept watching until he rested for a moment before getting back to his pose.

Now coming to the sense of smell and taste, it is the bakery and confectionery that do the rest. As I mentioned before there were shops for chocolates and fudge and some interesting bakeries. It was our guide who told us the story of Cornish Pasty and guided us the bakery selling the best one in the city as per his knowledge.

It was the story of the Cornish miners, fishermen and farmers who loved their traditional pasties which were also known as ‘Oggise or Tiddy Oggies’. The idea of Cornish Pasty originates with the concept of portable lunch for these section of workers. These men used to carry the pasties made by their wives in tin buckets and used to heat them over the candle to enjoy a warm lunch. The wives used to mark each pasty with the initial of each member so they have an equal share. Interesting story, isn’t it?

Bath may be the city of the thermal spa and was the only reason for the for its growing popularity in ancient days. Today the natural hot spring may have lost its significance and purpose but it has given Bath all that was required – name and fame. It is a thriving city attracting tourist from all over the world not just for the Natural Spring but for the aura and essence of the city spread in its buildings and lanes, in its stories and legends, in the live performances, in its bakeries and confectioneries and in its air to make people fall in love with Bath.

Bath at a glance, with travel information.

2 thoughts on “The Roman City of Bath in England”