As the continuation of my Inverness throwback, I take you to the nearby Eilean Donan Castle through this post. As the name suggests the castle is located on a tidal island and hence this castle on the island of Donan is called the Eilean Donan Castle situated beside the village of Dornie in the western Scottish highlands near to Inverness.

Inverness and the surrounding is loch dominated area. Any clean waterbody enhances the beauty of a place and these lochs added the magical charm to the place. The drive through the forested road with the loch by its side was truly ethereal. This will again be a short pictorial post with a little history of the place.

Without history, any place seems to be incomplete so I decided to add a tiny piece of the history as narrated by our guide. Photography was not allowed within the castle so all the photographs were taken outside the castle in the lovely locale. Though it is not something to repent for. 🙂

It is believed that in the 6th century, at around 580 AD a Celtic Saint, Bishop Donnan of Eigg, came to Scotland and formed a small settlement along with his followers here in this island. Since then the Isle came to be known as the Island of Donan. 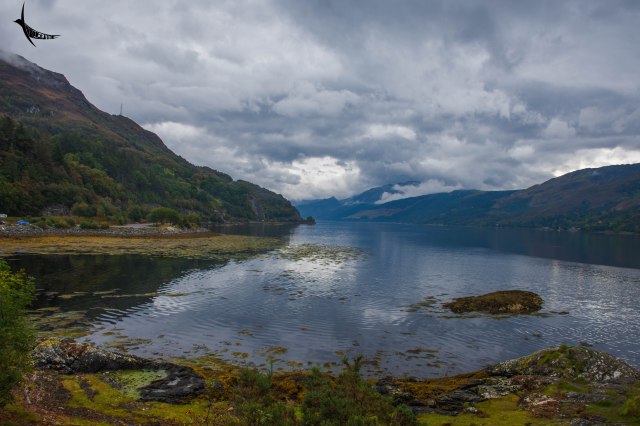 The first construction or fortification on this island was done much later in the 13th century to protect the area from Viking attack. It was the stronghold of the Mackenzie clan. With time the castle was reduced (in the area), repaired and rebuilt thus, bringing up huge structural changes in it.

During the Jacobite rising the castle played an important role with the Mackenzie clan actively involved. The enormous castle walls prevented the English attack with its thick wall (some up to 14 feet thick) acting as an impregnable barrier to their heavy pounces. Though it could not withstand the consecutive bombardment and finally broke down. Since then for a long period, the castle remained in its ruins.

Lt Colonel John Macrae-Gilstrap bought the island in 1911. He along with his team started to rebuild the castle and restore the ruins to bring back its previous glory based on the earlier ground plan. He and his team completed the work in 1932 and the castle was reconstructed and it regained its former glory.

Since then the Eilean Donan Castle overlooking the strikingly beautiful landscape has become an iconic and one of the most photographed monuments of Scotland. Various international movies and ad films were screened here, with a special mention to its appearance in the backdrop of a dance sequence of the Bollywood movie “Kuch kuch hota hai”.

I was immensely impressed by the natural setting of the castle and the way its tones smoothly blended with the surroundings. The exterior impressed me so much that I could not pay much attention to the interior. The interior rather seemed to be pretty sombre. I do not have words to express the spell it had on me so I let my pictures speak the rest. 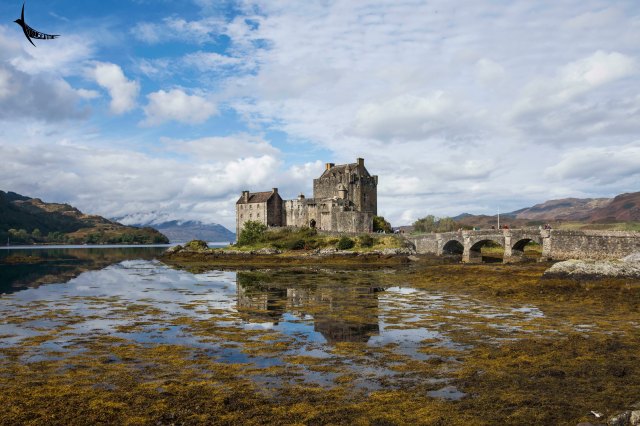 Fire in the sky
This was once the most trusted vehicle of all generation from village to city, from single to family. It still remains an important vehicle of transportation to some. To others, it is more of a trend to have this equipment to exercise. Yes, I am talking of the plain old bicycle. I too had one and it was my regular and favourite companion to school. How many of you used it as a utility vehicle at some point of time in your life?
#happybuddhapurnima
On #internationalteaday when SM is full of decorated hot cuppa, I humbly share its source... An old picture of tea garden of Munnar from the archive.
Basking in glory
Tauktae around
Loading Comments...
Comment
×
%d bloggers like this: